Regarding the “God is righteous” aspect of the truth, I used to always have a somewhat absurd understanding. I thought that as long as someone reveals corruption in their work or commits transgressions that damage the church’s work, that person shall face retribution, or lose their duty or be subjected to punishment. That is God’s righteousness. Given this incorrect understanding, plus the fear of losing my duty from committing mistakes in my work, I thought of a “clever” method: Whenever I do something wrong, I try my best to not let the leaders know first, and quickly try to make up for it myself and do my utmost to make it right. Won’t that then help me keep my duty? Hence, whenever I gave reports on my work, I would reduce big issues into small ones and small issues into nothing. If I was sometimes passive I would do my best to cover it up in front of the leaders and pretend to be very active and positive, terrified that the leaders would think I was incompetent and stop using me. So just like that, I would be very carefully guarded against the leaders in everything I did.

However, God inspects people’s hearts, and my “superb trick” could never escape God’s eyes. I discovered that the more I tried to cover things up, the more God exposed me in the light. For instance: Whenever I tried to show off my “talent” in front of leaders, I would always stuff up and make a fool of myself; whenever I tried to cover up my passive situation, “dark clouds” would always inadvertently surface on my face and be figured out by brothers and sisters; whenever I tried to cover up the perfunctory way I dealt with my job, the result would be like a mirror that revealed everything. … Time after time of embarrassment and torment of my conscience from being dishonest made me fall down, yet I did not understand from this the intentions and purpose behind why God worked in this way, nor did I understand how God saved people. I merely waited passively for the arrival of “God’s righteous judgment”—to be dealt with by the church.

But reality did not progress as I had envisioned: In my work, even though I was pruned and dealt with for not fulfilling my duty properly, I was able to receive the devoted guidance of brothers and sisters, who let me know what was perfunctory and what was loyally fulfilling my duty. I understood that only by acting in accordance with God’s requirements can one fulfill their duty properly. In terms of entry into life, I got 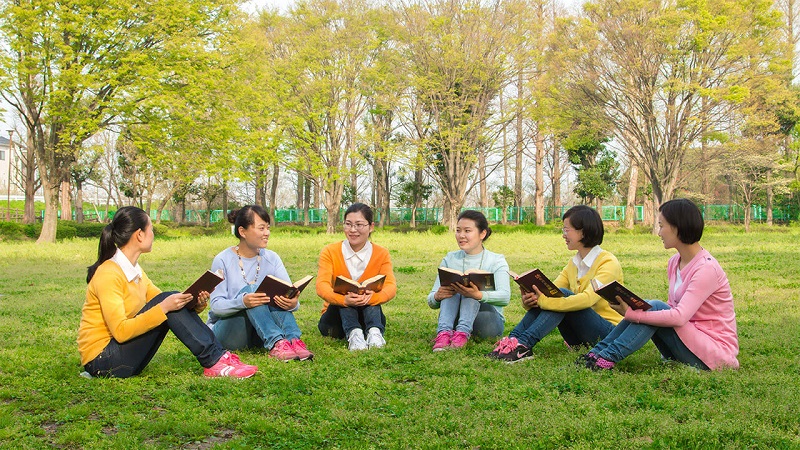 caught up many times in evil thoughts I could not get rid of, leaving my heart in agony. I wanted to open up my heart and seek communication, but I felt too embarrassed to speak. In the end, I fell into darkness and lost the work of the Holy Spirit. But after I went all out and spoke up, I saw that brothers and sisters not only did not laugh at or look down on me because of it, they instead gave me help and exhortation, enabling me to live in the light and giving me a path to practice and the power to defeat sin. Later on, I saw that when brothers and sisters around me did something wrong or revealed corruption, the church did not send them home because of it. Rather, the church did its utmost to communicate to and support them, giving them chance after chance. Even if a particular person is sent home in the end, it’s only because they repeatedly offended God’s disposition and still refused to repent even after being pruned, dealt with, and communicated to many times. But even for such people, the church is still waiting for them to repent and wake up. If they really do self-reflect and change after a period of time, the church will still give them opportunities to practice and prepare good deeds. These facts made me see that God’s attitude is like how parents treat the return of their prodigal son—with unparalleled love and affection. They also made me see that the work God performs is the work of saving people, changing people, and perfecting people. It was only then that I realized that my idea of “God’s righteousness” was too preposterous and too far off from reality. Although God’s disposition is righteous, what He reveals most to the people who follow Him is extreme patience, tolerance, and mercy—and it is unlimited and immeasurable. It can be said that the love God expresses is even greater than His righteousness.

In that moment, I couldn’t help but think of a passage of God’s word. So I opened up Records of Christ’s Talks With Leaders and Workers of the Church and found the following passage. God said: “What is the essence of Christ? To man, Christ’s essence is love, and for those who follow Him that love is boundless. If He does not have love and does not have mercy, man would not have followed Him until now. Some people say: ‘What about God’s righteousness?’ Yes! He indeed also has righteousness, but from the perspective of His disposition, His righteousness is despising mankind’s corruption and evil. What if He only has righteousness but not love or if His love is less than His righteousness? It could be said then that it’s all over for mankind. Therefore, I tell you the truth, and that’s that during the period God in the flesh does work on man, the part of His essence that stands out the most is His love and His limitless tolerance. If it was not love, then the way God smote people like you imagined would happen all the time; if He hated anyone He would punish them, curse them, judge them, and chastise them. How harsh would that be? If He got angry at someone, that person would tremble in fear, unable to stand before the eyes of God…. This is just one way of expressing God’s disposition. Ultimately, His purpose is still salvation. His love runs through all of the revelations of His disposition. Think back: During the time God in the flesh works on man, the thing He reveals the most is His love. Then what is patience? It is only because there is love inside His patience that there is mercy and there is still salvation. God can only have mercy on man because of love. It is just like how spouses who are truly in love won’t look at each other’s flaws and shortcomings and are patient when the other person has made them mad. Everything is built on the foundation of love. What if He was hate? Then it wouldn’t be this attitude and it wouldn’t be this kind of revelation or result. If God only had hate and wrath, only judgment and chastisement, and with no love therein, then the situation would not be what you see today, and all you people would not be fine. Would He still supply you with the truth?” (“God’s True Love for Mankind” in Records of Christ’s Talks With Leaders and Workers of the Church). When I saw this passage in the past, even though I would say I acknowledge it, I never really comprehended it and was still full of distrust and guardedness toward God. It is only now that I have a bit of actual understanding of these words and can appreciate that they have too much substance. The spaces between the lines are filled with God’s deep affection for mankind and His well-intentioned supply, support and teaching of them.

At this point, I could not help but develop deep feelings of guilt toward God in my heart: Oh God! For all the time I have followed You, even though I believed in You I did not know You. I not only blindly and falsely misunderstood Your motherly heart, I also caused You too much pain. I really am too unworthy to come before You, and even more unworthy of Your salvation. I am only worthy of Your curse! Yet the way You treat me is not based on my disobedience. Rather, You strongly exalt, pity and tolerate me, giving me the opportunity to achieve rebirth, allowing me to enjoy all Your love and grace, letting me see Your beauty and kindness, and experience the practicality of Your word—God is righteous and moreover is love! From now on, I want to get to know more of Your adorableness through Your word and through real life, and strive to be a person who is honest, who loves You, and loyally fulfill my duty to repay Your great love!